We’re a week into October, and that means leaves are starting to fall, the smell of autumn is in the air, and horror movie marathons are on TV almost every night. When you’re watching your favorite horror films, it’s safe to say you’re likely not thinking too much about windows. Windows are more of an “in the background” element of movies, but they can portray a more powerful statement than you’d expect. Since it’s nearing Halloween, we’re showcasing some iconic windows in horror movies. After this blog post, we bet you’ll notice windows a lot more during scary scenes. 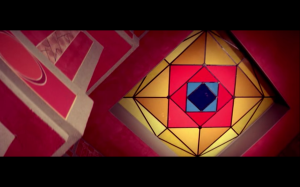 Suspiria is an Italian horror film that was released in 1977. It’s a menacing tale of witch craft gone horribly wrong, with ties to the occult existing within the ballet academy which the movie takes place.

The stained glass window near the beginning sets the tone for the entire film. This window is involved in one of the most brutal and shocking deaths in horror. 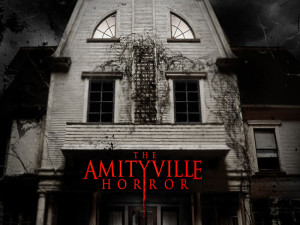 Amityville Horror is a classic horror film that has a super recognizable (and super creepy) house. The story behind the Amityville house is based on a true story of real-life paranormal experiences. The family was terrorized by a series of paranormal events, and lived in the house for only 28 days.

The pair of fan-shaped windows are lit at the front of the house, almost resembling a pair of eyes on the evil house.

The Exorcist Window is a Pulling Force

As one of the all-time scariest horror movies, The Exorcist tells the story of a possessed young girl with a priest who attempts to save her while experiencing terrifying scenes.
The window with the light shining down on Father Merrin is really the quintessential shot in The Exorcist. The light shining down represents the fact there is a major “force” in that room. 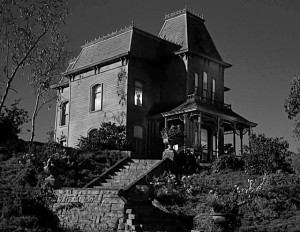 The movie Psycho is about a woman named Marion Crane, who works at a bank and steals money from a customer. She skips town and ends up hiding out at a place called Bates’ Motel. The owners are a man named Norman Bates and his mother Norma. Norman is a creepy guy with a fascination for taxidermy. As the movie progresses, you’ll realize things aren’t always what they seem at Bate’s house.

The windows in the Bates’ house play a major role in the movie. There are many shots throughout the movie that show the lone light with Norma gazing out the window.

Don’t Stand By a Window on Friday The 13th 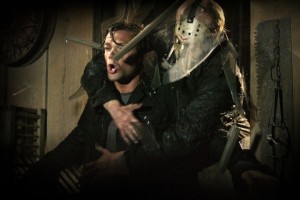 Almost everyone knows the story of Jason Voorhees. As one of the most profitable slasher films in Hollywood, this movie is one of the ultimate Halloween movies. If you’re standing by a window on Friday the 13th, chances are it won’t be your lucky day. Jason crashes through windows many times throughout the series of the film. Some of the best jump scares involve Jason attacking his victims through a window. 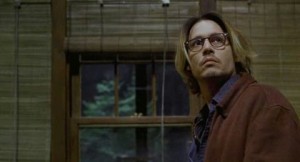 Secret Window is a psychological thriller about an author (Johnny Depp) who is being harassed by a man, saying that Depp stole his work and is looking for revenge.  The window overlooks a quaint secret garden in the back yard. Not only is the word window part of the movie title, you come to find out the window’s view involves a disturbing twist.

Something Insidious Through The Window 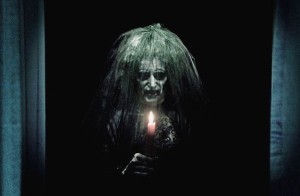 Insidious is a paranormal film that features a family whose young son slips into a coma with little explanation. It turns out that the family is plagued by spirits, including a witch who is attempting to use the young boy as a portal to cross over.

There’s a scene toward the end of the movie where the witch is peering through the window, warning the family of her presence and the dangers that follow.