You’re a homeowner looking for a new window that takes center stage in your home. You’ve gone over all of your geometric options, but you’re looking for a window that creates space and captivates an entire room. When you want to go big with your new replacement windows, you’ve probably considered Bay Windows and Bow Windows as an option. They both excel on making a statement and enhance the character of your home.

But what’s the difference?

When it comes to bay windows and bow windows, both are built with an arc. However, the shape slightly varies due to the amount of windows that are used to construct each unit. Bay Windows are typically built using 3 windows: one casement window on each side, and one large picture window in the middle.

Bay windows have been around since medieval times, while later making its mark in Victorian architecture. Bay windows are suitable for nearly any style home today and are still quite popular today.

The bay window offers an unobstructed view of the outdoors thanks to its large picture window that’s front-and-center. The two side windows are angled at 30 to 40 degrees to the center picture window. One notable characteristic of the bay window is that the three windows aren’t typically the same size: the center window is always the largest, with the side windows being up to a quarter of the size of the main window.

Bay windows are perfect for creating more space, extra seating, and cozy nooks to hang out and read a book.

Bow Windows: The Art of The Arc

Bow windows are composed of 4 or more windows that create a large arc. Each window is can be operable, which enables the bow window to let in a maximum amount of fresh air. Using an odd number of windows allows for a smoother arc, but 4 windows will achieve the standard bow window appearance.

Bow windows are top performers for adding character to any home. They extend your view of the outdoors and increase the value of your home.

Bay Windows Vs. Bow Windows: Battle of The Price Tags

It shouldn’t come as a surprise that bay windows and bow windows are more expensive than a traditional double hung or slider window. They are large windows that require special attention during installation. Due to their construction, a Bay Window can easily run you around $1500 depending on the size. It’s not chump change, but keep in mind that windows are one of the biggest factors for driving up the value of your home. This is definitely the case for these two window styles.

Bow windows are typically more expensive than bay windows. This is mostly because more windows are used to construct the unit. If you had a bay window and bow window side by side with identical efficiency features, you could expect the bow window to cost 10-15% more than the bay window.

So, do you choose bay or bow? The style you select entirely depends on your personal taste, architecture of your home, and the available space that you have for your new window. Whichever selection you make, bay and bow windows make a big bang on the style and value of your home. Contact us today for a free inspection service for your new bay or bow window. 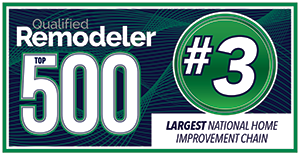